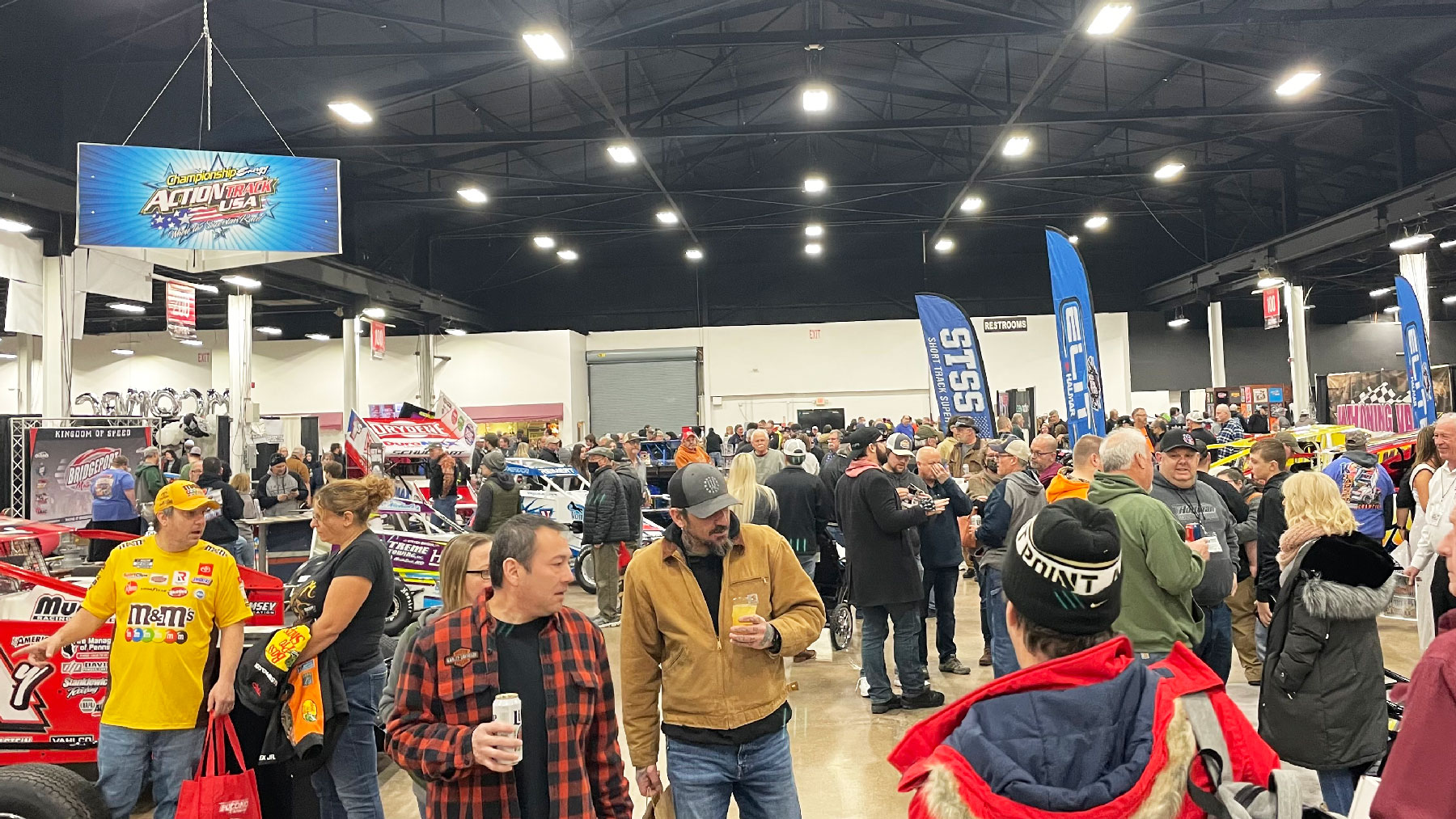 Oaks, PA – The 2022 PPB Motorsports Race Car & Trade Show ended a successful two-day run Saturday at the Greater Philadelphia Expo Center with a big crowd in attendance. They shared in seeing nine exhibitors lauded for ‘best in show’ laurels in a variety of categories. On stage, Penn National Speedway drivers and officials signed autographs and swapped stories with fans while Logan Schuchart announced a new sponsor for his World of Outlaws 410 Sprint team at the Bridgeport Motorsports Park booth.

Logan Schuchart’s No. 1S World of Outlaws 410 Sprint team announced the signing of DuraMAX as a sponsor for the 2022 season, joining Drydene. Schuchart signed autographs and posed for pictures with fans. Schuchart will follow the 2022 World of Outlaws season and will be seeking his first Series championship.