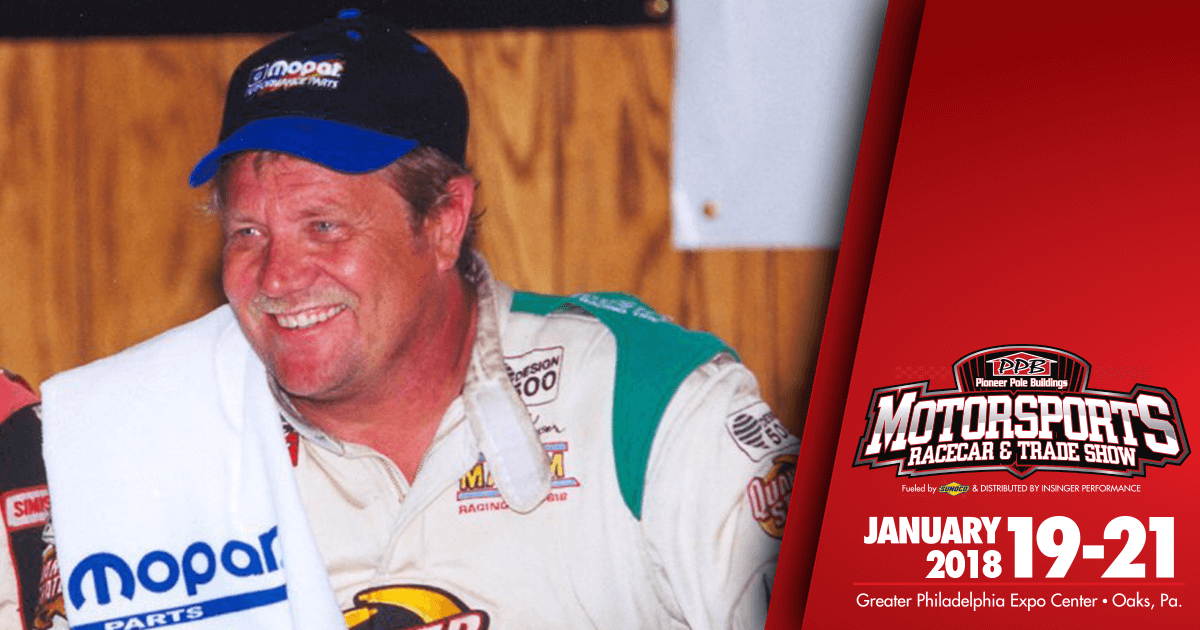 OAKS, PA January 2, 2017 . . . When legendary Sprint car racer Steve Kinser announced his retirement last season after racing in an Arctic Cat All Star Circuit of Champions event at Lebanon Valley, New York Speedway it caught most by surprise. Kinser, winner of 876 Sprint car feature races during this career, will be talking about his retirement and more when he appears at the Pioneer Pole Buildings Motorsports 2018 Racecar and Trade Show Fueled by Sunoco and Distributed by Insinger Performance at the Greater Philadelphia Expo Center in Oaks, PA on Saturday, January 20. The popular show runs January 19 through 21st.

The 20-time World of Outlaws champion will do a one hour one-on-one interview, take questions from the audience and sign autographs at the stage area starting at 3 p.m.

Kinser, 63 years old, will talk about life on the road, his big wins, the hardest challenges and his 577 WoO victories earned during his five decades of racing.

The most successful Sprint car driver in the history of the sport earned victories in the Knoxville Nationals (twelve times) and had seven Kings Royal victories.

In addition to success in Sprint cars he also was a winner at Talladega Superspeedway in a 1994 International Race of Champions along with finishing 40th in the 1995 Daytona 500 and 14th in the 1997 Indianapolis 500.

The three day show offering just about everything imaginable in motorsports is set for January 19-21 and will offer more than 250 racing vehicles and displays filling the 250,000 square feet of the Greater Philadelphia Expo Center in Oaks, PA.

The 33rd annual show opens on Friday, January 19th at 2 p.m. and closes at 9. Doors open on Saturday and Sunday at 11 a.m. The box office and D-Hall exhibit area opens one hour earlier each day.

Check out www.motorsportstradeshow.com or call 609-888-3618 for further information