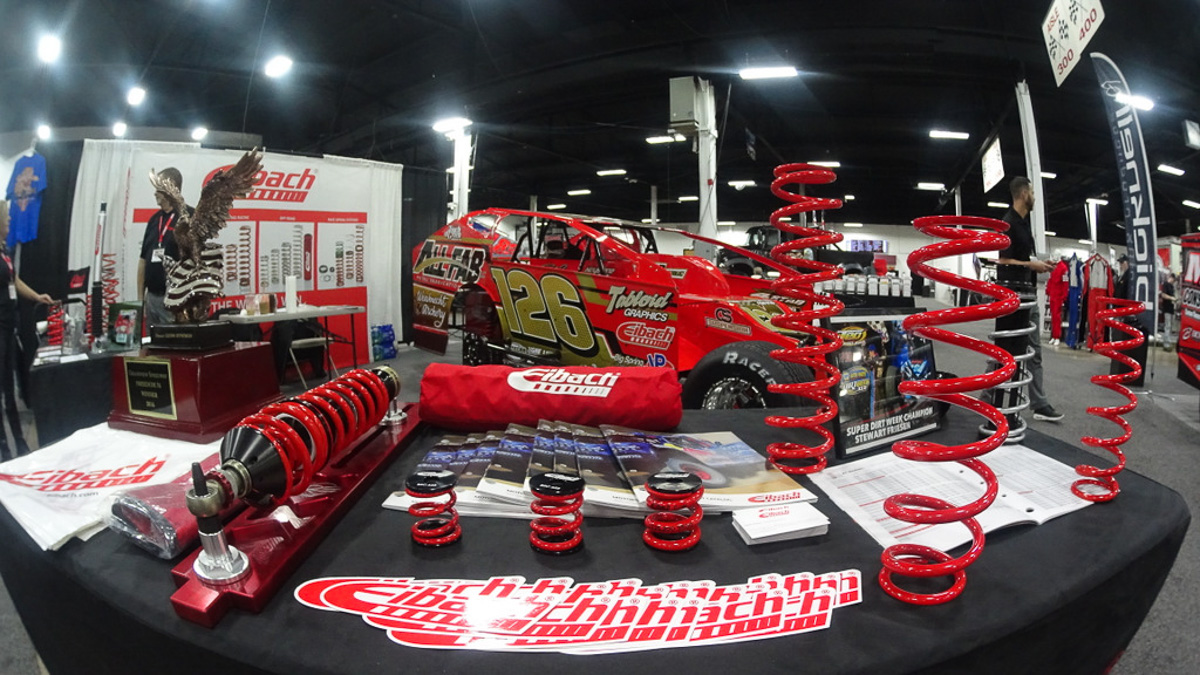 OAKS, PA – The vast majority of the hundreds of commercial exhibitors, race cars, and speedway and sanctioning organization displays were moved into the Greater Philadelphia Expo Center throughout the day and into the evening on Thursday, in anticipation of the grand opening of the 34th annual PPB Motorsports Race Car & Trade Show.
The well-orchestrated move went off without a hitch despite some challenges moving Darrell Waltrip’s ’69 Mercury Terminal Transport Grand National car into place. The car is the first one Waltrip ever drive in NASCAR Cup competition.
Five men jostled the massive ‘Merc out of its trailer, pushed it across a parking lot, onto the Expo Center show floor and into its booth space. The process was difficult because the cars of that era had no power steering and were considerably heavier than today’s Cup machines.
Waltrip will be at the Motorsports Show on Saturday, Jan. 19 to meet race fans, sign autographs, and pose for pictures alongside the first Cup car he ever drove.
Key events of Day One at the PPB Motorsports Race Car Trade Show include a press conference convened by Lincoln Speedway to release bombshell announcement about its 2019 plans, opportunities to interact with NASCAR Hall Of Fame crew chief and team Evernham and his wife Erin, and Day One of the celebration and remembrance of the Reading Fairgrounds, which last raced in 1979 but remains much beloved four decades after its last race.
Friday hours for the PPB Motorsports Show are from 2pm through 9pm. Saturday hours are from 11am through 9pm and Sunday show times are a 11am start and a 4pm finish.
Saturday night’s activities include the 34th annual PPB Motorsports Ms. Motorsports contest at which time reigning Ms. Motorsports Leslie Donegan will crown her successor at center stage.
For more information, including a minute-by-minute schedule of show events for all three days, visit www.motorsportstradeshow.com.