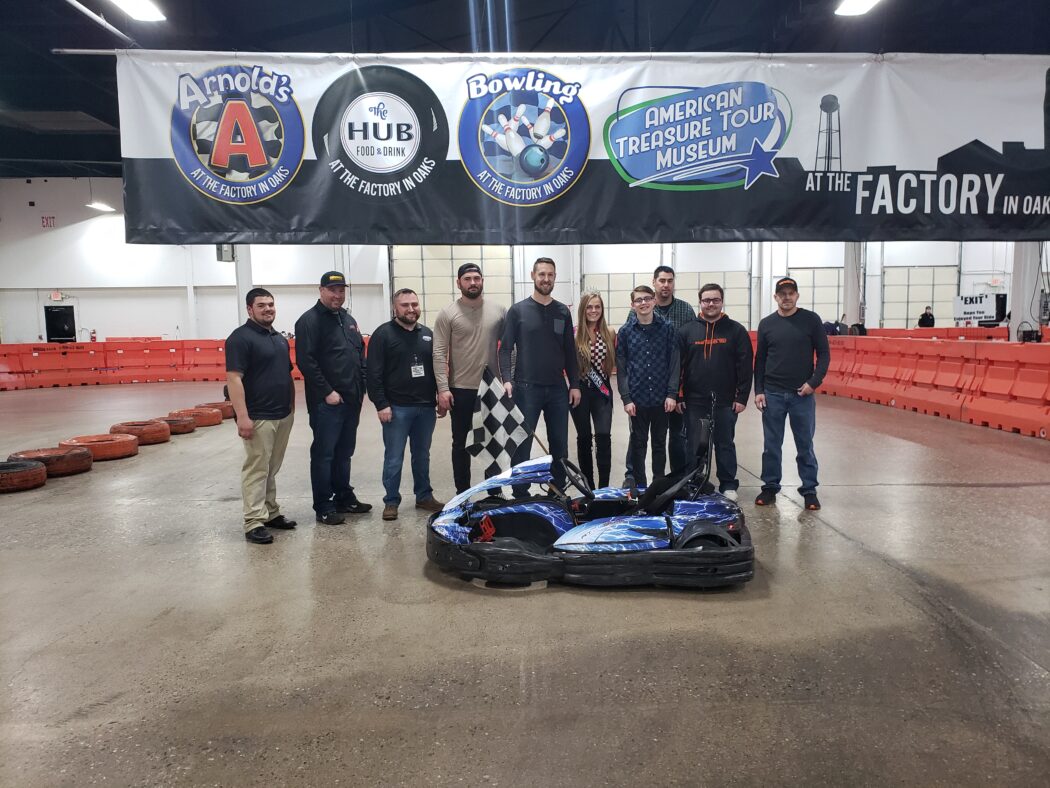 Sheppard, winner of 35 Dirt Modified features in 2019, shared trade secrets and offered advice on buying used race cars for the more than 80 racers who attended his Q&A seminar.

Mahaney was the winner of a Celebrity Go Kart race run Friday night. To win, he executed a last turn, last lap pass against Ryan Watt to register the top prize. Eric Kormann was third.

“It was a lot of fun,” Mahaney shared. “The track was pretty slippery and it made for some good racing.”

Petty, a third generation NASCAR Cup driver prior to retirement, is now one of the top NASCAR TV commentators. He will sign autographs and meet and greet Motorsports attendees from 1:00 to 3:00 PM.

Second generation Cup driver Jarrett is a three-time Daytona 500 winner and one time NASCAR Cup season champion plus being a member of the NASCAR Hall of Fame and a TV personality. Jarrett will sign autographs from 4:00 to 6:00 PM Saturday afternoon.

Following the autograph signing sessions by Petty and Jarrett, the stage will be set for the 35th annual Ms. Motorsports Competition, sponsored by Aqua Duck Water Transport. Fifteen contestants have entered the competition in advance with more expected. At stake is a $1,500 top prize, a poster deal and the opportunity to travel the nation’s speedways as the official representative of the Motorsports Show.

On Sunday, the closing day of the show, three competitions, each centered on the sport’s youth, will be held. The Little Ms. Motorsports pageant and Tiny Ms. Motorsports competition transpire followed by Kids Big Wheel Races, featuring youngsters racing in various age groups with trophies presented to all winners.

The Best In Show awards will be presented to deserving exhibitors on Sunday afternoon as well.

Dates on or about the second weekend in January, 2021 are anticipated to be released in the near future.