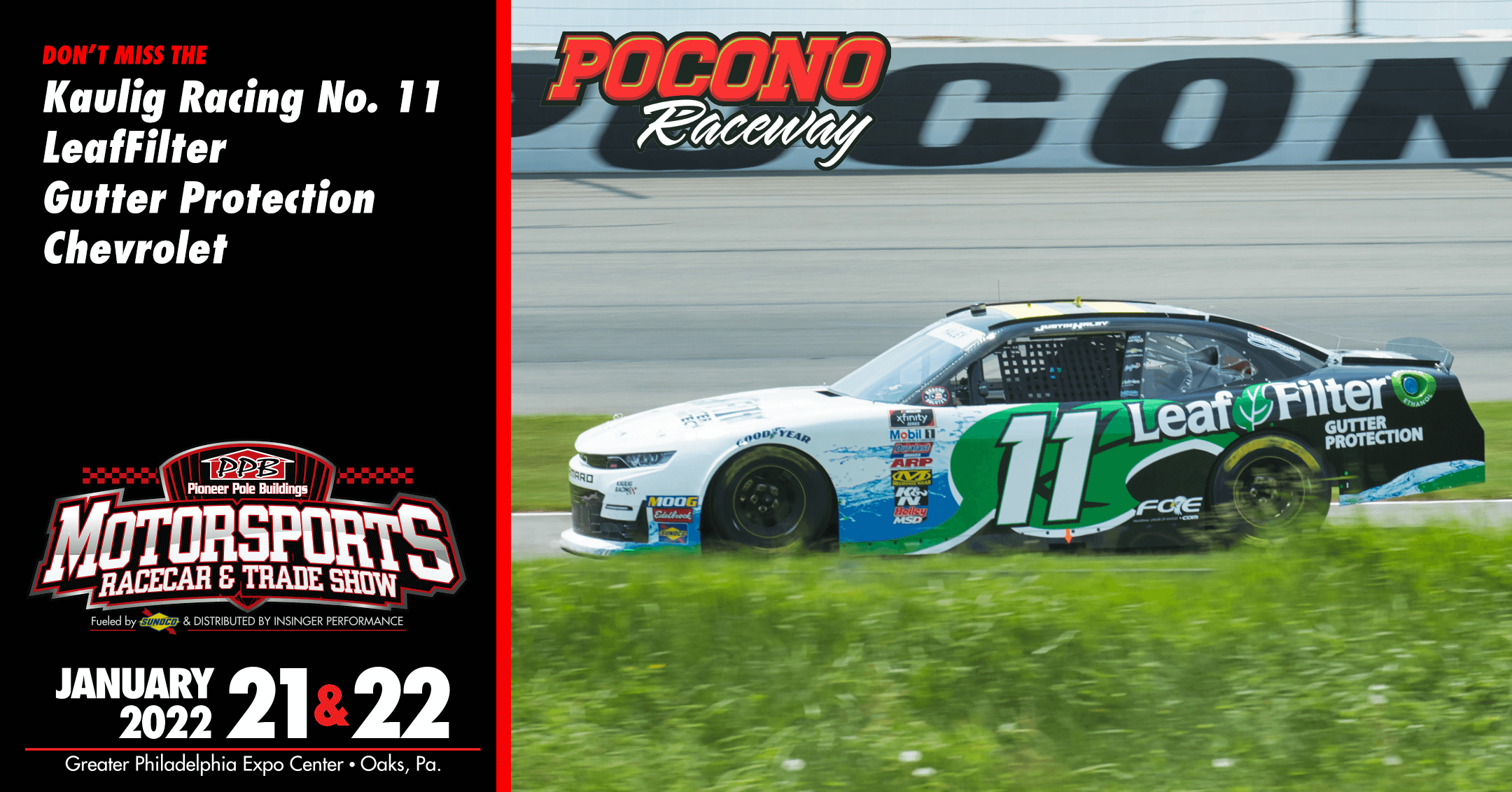 Oaks, PA – With just a few days remaining before the doors open for the 36th edition of the Pioneer Pole Buildings Motorsports Trade and Race Car show set for the Greater Philadelphia Expo Center in Oaks, PA on January 21-22, there are many more great attractions being added.

Masks for show attendees are recommended but no vaccinations are required. Because of COVID-19, there will be no autograph alley in place but there will be many autograph and photo opportunities throughout both days of the show.

Nearly 200 race cars, representing all motorsports, will be on display throughout the huge show display area. Many never-before-seen and vintage race cars will fill the building.
Of interest to many show, attendees will be the appearance of former Philadelphia Eagles coach Dick Vermeil. He will be spending some time at the show appearing alongside of his father’s restored Sprint car, the Louis Vermeil Special seen in action on the West Coast.

Pocono Raceway, a big supporter of the show each year, will have a Kaulig Racing NASCAR Xfinity car included in their display. Unfortunately, due to the pandemic, there are no NASCAR Cup cars available for display.

Danny Bohn will be appearing with the North American Motor Car sponsored Camping World NASCAR Truck that he drove in a limited schedule during the 2021 season.
Bohn will be on hand both days of the show, Friday January 20th and Saturday, January 21st to sign autographs and meet fans. Team apparel will be available for sale along with other team merchandise.

Adding even more interest and excitement to the PPB Motorsports Show will be a Garden State Vintage Stock Club display that will feature Bohn’s grandfather Parker and his legendary car owner Tom Skinner.
Skinner and Parker Bohn, both deceased, will have their outstanding careers and impact on the sport recalled at the event. In the GSVSCC booth will be the original No. 659 GMC six-cylinder powered coupe and later version No. 659 Chevy Vega that were designed, built and owned by Skinner and driven to victory at Wall Stadium by Bohn in the era of the 1960s and 70s. The coupe and Vega are now owned by GSVSCC member Doug Megill.
Georgetown, Del. Dirt Modified champion Ryan Watt of Boyertown, PA will be debuting his brand new Ronnie Robert’s No. 14W in the Bob Hilbert Sportswear booth. Right alongside of Ryan will be his son Logan’s Sportsman Modified car he’ll drive this season.
Aqua-Duck Water Transport is returning as sponsor of the always popular Ms. Motorsports Pageant which will be held on Friday evening this year in the larger D-Hall. Cash prizes will again go to the top three with the winner receiving $1500 and a poster deal. Applications are currently available on-line at the event web-site.
Show hours will run 2-9 p.m. on Friday and 11 a.m. to 7 p.m. on Saturday. Tickets are available at the door beginning one hour before the show opens.
A limited amount of exhibit space remains. This information is available on line at motorsportstradeshow.com, by sending an email to Danny Sammons at danny@aarn.com or by calling the show office at 609-888-3618.
The Greater Philadelphia Expo Center in Oaks continues to be a great location in the center of the northeast motorsports world right in the suburbs of Philadelphia,” said Sammons. It’s easy in and easy out with plenty of Free parking surrounding the Expo Center.
Show information is available at motorsportstradeshow.com.