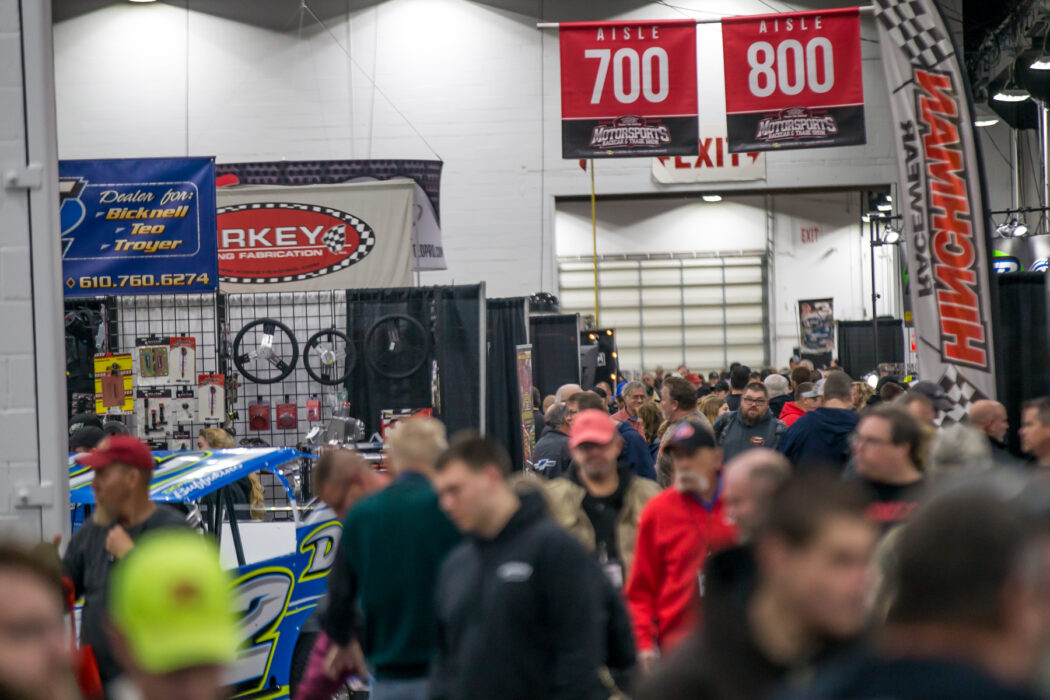 OAKS, PA DECEMBER 22, 2021 . . . Pioneer Pole Buildings Motorsports presented by Sunoco and fueled by Insinger Performance returns to the Greater Philadelphia Expo Center in Oaks, PA on January 21 and 22nd. The 37th annual edition of the popular show dedicated to all forms of motorsports will be filled with what is new, what is old and what is happening in the business of motorsports. Many popular figures in the sport can often be found visiting the show, greeting fans and signing autographs.

One of the must see attractions will be one of the new SRX (Superstar Racing Experience) race cars that will be featured in a second year of competition at a variety of tracks around the nation during 2022.

Some of the well-known drivers that competed in the inaugural season included Indy 500 winner Helio Castroneves, Marco Andretti, Bill Elliott, Willy T. Ribbs, Doug Coby, Tony Kanaan, Hallie Deegan and others. Some are expected to be back for season two with some new names being added.

Races at six different half-mile dirt and asphalt short tracks were 90 minutes long with a “halftime” break so adjustments could be made. It is possible that additional tracks will be included for the new season. Details on tracks, drivers and more will be announced shortly.

Founder Stewart compares SRX to the famous IROC Series of the past which featured identical cars being raced by an all-star cast of drivers. Early in Evernham’s career he was a key member of the IROC staff making him a key part of SRX’s first season.

The SRX car will be one of nearly 200 race cars of all kinds on display at the two day show. Many speedways and organizations will use the show to announce their plans for the new season in Pocono Raceway, New Egypt Speedway, Bridgeport Motorsports Park, Delaware Int’l and many more. A special Penn National Speedway reunion will be held with cars that raced there over the years on display and winning drivers signing autographs.

Aqua-Duck Water Transport is returning as sponsor of the always popular Ms. Motorsports Pageant which will be held on Friday evening this year in the larger D-Hall. Cash prizes will again go to the top three with the winner receiving $1500 and a poster deal. Applications are currently available on-line at the event web-site.

A limited amount of exhibit space remains. This information is available on line at motorsportstradeshow.com, by sending an email to Danny Sammons at danny@aarn.com or by calling the show office at 609-888-3618.

After the show the fun will continue, as it has in the past, at the nearby Crowne Plaza in King of Prussia. A special room rate of $98 is available and reservations can be made by phoning 610.265.7500 and asking for the special rate or using the web-link at motorsportstradeshow.com. A special post-event party will be held on Friday night with a popular DJ and beer specials being offered.

“The Greater Philadelphia Expo Center in Oaks continues to be a great location in the center of the northeast motorsports world right in the suburbs of Philadelphia,” said Sammons. “It’s easy in and easy out with plenty of Free parking surrounding the Expo Center.

In respect of the current Covid-19 situation there will be no Little Miss, Big Wheel competition or autograph alley at this years show. Drivers and special guests will instead be signing autographs at booths throughout the show. Several fun activities for children will also be found throughout the show.

Show information can be had at the show website www.motorsportstradeshow.com.