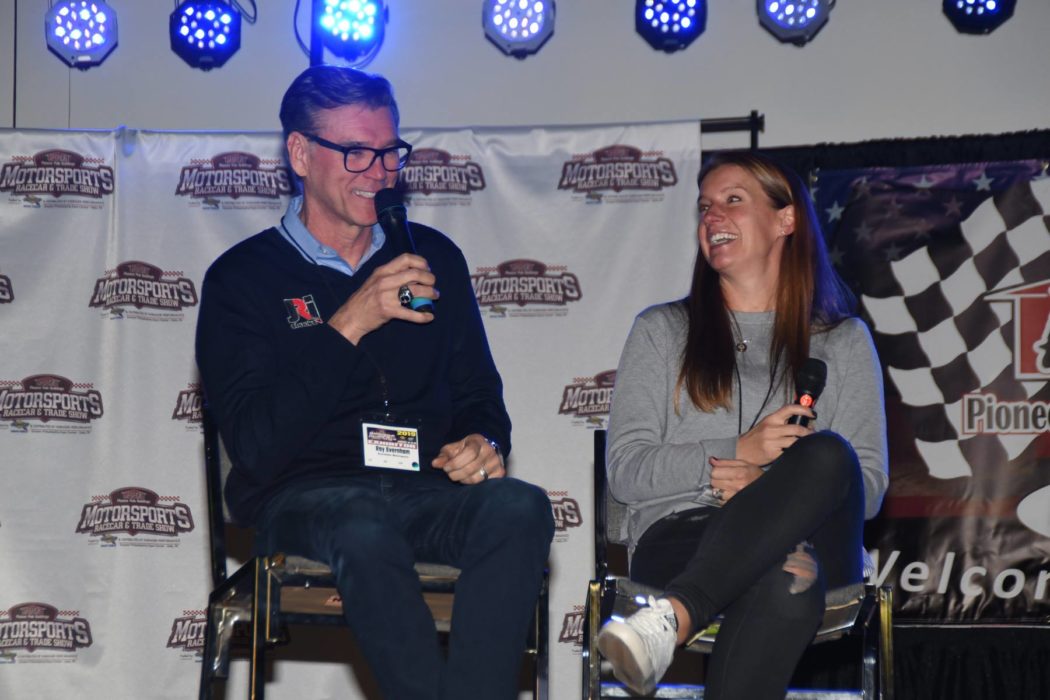 OAKS, PA January 18, 2019 . . . The 34th PPB Motorsports Show at Greater Philadelphia Expo Center in Oaks, PA opened to a large and enthusiastic crowd on Friday, the first day of the three-day event.

In a press conference called by Lincoln Speedway officials and conducted at 3:00 PM, Motorsports attendees learned at the same time the racing media did that Scott Gobrecht, Jerry Parrish and Mike Heffner had become involved as track investors. Don Leiby, who had been an owner of the track for 26 years, has stepped back from his involvement while Alan Kreitzer has reduced his stake.

One hour later on the Motorsport 2019 Show floor, Matt Hearn of TEO Race Cars unwrapped a new car in his booth owned by Ray Graham and dedicated for the 2019 Super DIRTcar Series. Driver Danny Johnson assisted with the unveiling, which revealed driver Anthony Perrego in the sitting in the cockpit. The two drivers will race TEO Pro Cars owned by Graham as teammates in 2019.

The PPB Motorsports Show resumes Saturday from 11 AM through 9 PM with guest appearances by Ryan Preece at 1 PM and Darrell Waltrip at 2:30 PM. The Aqua Duck Water Transport Ms. Motorsports Contest, which will crown Ms. Motorsports 2019, starts at 7:30 PM.

PPB Motorsports Show Day Three on Sunday, opens at 11 AM and runs through 4 PM.