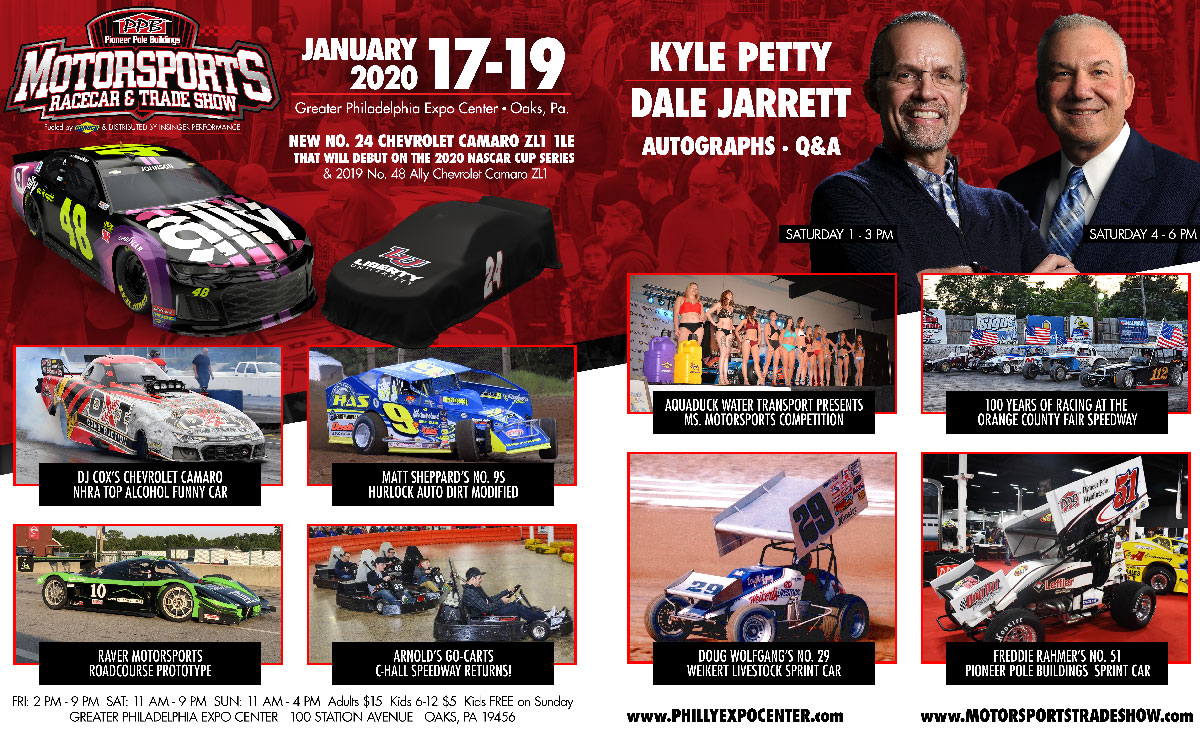 10:00 AM: BOX OFFICE OPENS, PRE-SHOW EXHIBITS & INFORMATION (A-Hall Entrance Only) – The public is invited to enter the D-Hall Stage Area starting one-hour before the rest of the show opens. You must have a ticket for the show which opens at 11 AM. This will allow you easy entrance to the show when it is officially opened.

11:15 – 9:00 PM: GO-KART RACEWAY OPENS: (C Hall Raceway) – Race your racing buddies on an oval track for bragging rights in fast electric go karts. It’s just $10 a race. Tickets are available at the speedway location. You must be at least 12 years old and over 54 inches in height to take the green flag.

12:00 – 1:00 PM: AUTOGRAPHS: LEGENDS OF DELAWARE (Georgetown Speedway Display No. 516) – Drivers who made headlines for decades racing on the dirt in the state of Delaware will be gathered to sign autographs at the display featuring one of the state’s most famous raceways. Those glory days of racing in the first state are now a part of a book authored by Chad Culver entitled “Legends of Delaware Auto Racing.” Drivers signing the newly released book include Delaware’s own RICKY ELLIOTT, CURT MICHAEL, RON KEYS, GARY TRICE and car owner KEN COVEY. Also signing will be Pa. driver KENNY BRIGHTBILL who won on the Syracuse mile for Delaware car owner Eugene Mills and the 2010 Delaware International Speedway Championship. “Legends of Delaware Auto Racing” will also be available at the nearby Coastal 181 booth before and after the signing.

4:00 – 6:00 PM: AUTOGRAPHS: DALE JARRETT (E Hall Stage) – Three-time NASCAR Cup Series Daytona 500 winner Dale Jarrett, now an NBC Sports broadcast team member, will be talking to fans and then signing autographs. Jarrett, the 1999 NASCAR Cup Series champion, was inducted into the NASCAR Hall of Fame in 2014. He will do an interview and answer questions from show attendees before signing free autographs. The 63 year old son of NASCAR legend Ned Jarrett, Dale won the Daytona 500 in 1993, 1996 and 2000. He tallied 32 Cup wins during his 24 years on the Cup circuit including two wins in the Brickyard 400 at Indianapolis, in 1996 and 1999.