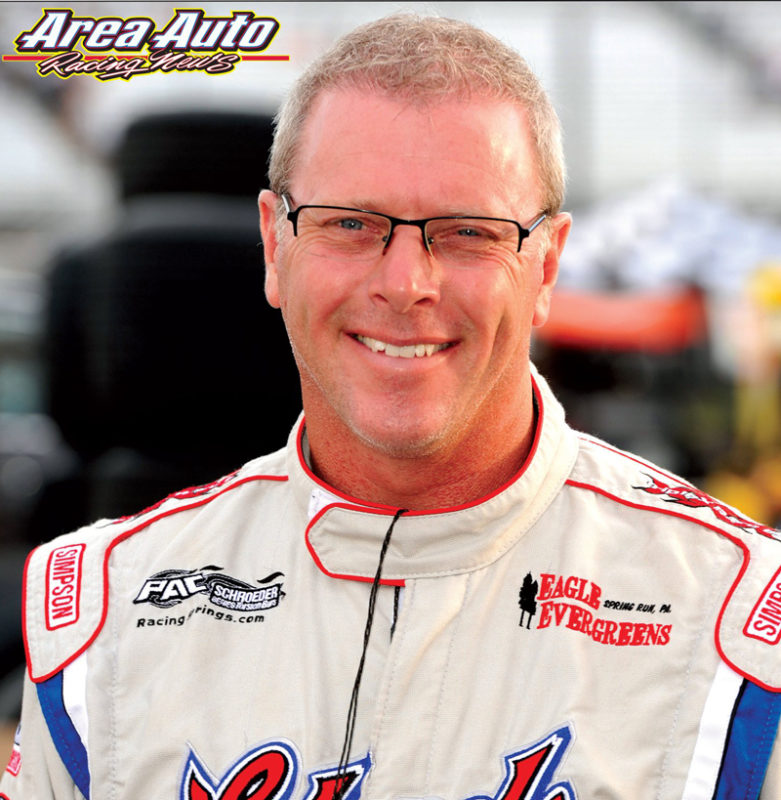 OAKS, PA January 2, 2019 . . . The legacy of one of the all-time great Sprint Car racers, Greg Hodnett, will be remembered at the annual Pioneer Pole Buildings Motorsports 2019 Show Presented by Sunoco Race Fuels Distributed by Insinger. One of the Mike Heffner-owned No. 27 Sprint Cars that was driven by Spring Grove, Pa.’s Hodnett will be on display and a special benefit auction for his family will be held.

Hodnett was fatally injured in a Sprint Car accident on September 20.

His Sprint Car and auction items will be on display near the front entrance of the Greater Philadelphia Expo Center in Oaks, Pa. during the show which runs from Friday, January 18 through Sunday, January 20.

Greg’s wife of 15 years, Sherry, is planning to be at the event to thank fans for their out pouring of support during her difficult time since his passing.

Sherry Hodnett has agreed to do hold a one hour discussion in a seminar room at the show on Saturday starting at 1 pm. to share what she has struggled through since Greg’s death in hopes of helping others be better prepared.

Tribute T-shirts and stickers will be on sale during the show and several collectable items will be selected for silent auctions.

On Sunday, January 20, the auction will take place in the E-Hall Stage area from 12:30 p.m. to 1:30 p.m. More than 40 racing items from national and local Sprint Car racers will go up for auction, with funds raised benefitting Sherry and the Hodnett family.

The 49-year-old Hodnett, originally from Memphis, Tenn., won more than 250 features covering the World of Outlaws, All Star Circuit of Champions, Pennsylvania Posse and other events. He was also a multi-time champion at a number of tracks.

Several of his own personal items will be part of the auction, including a Hodnett race-worn helmet and driving suit. There will also be a No. 27 wing panel and other items from the race cars he had driven.

A full list of items will be available at auctionzip.com, and will be on display during the three day show.

More than 200 racecars, representing a variety of divisions in the sport, will be on view during the Motorsports show which has more than 200,000 square feet of display space. And, many top racers and motorsports personalities will be appearing. As usual, all autographs will be free during the three day event.

Headlining the show will be NASCAR Hall of Famers Darrell Waltrip and Ray Evernham along with Ryan Preece who will be looking to capture NASCAR Monster Energy Cup Series Rookie of the Year honors.

There will be a large number of displays with speedways offering information on their 2019 seasons. Hardcore racing vendors will be a big part of the show and fans will have the opportunity to gain some bargains from vendors offering collectible items.

A number of free industry seminars will be offered.

One of the most popular events during the three day show has been, and will again be, the Ms. Motorsports Pageant sponsored by Aqua Duck Water Transport that will see one woman walk off with a $1,500 cash prize along with a poster deal.

Tickets are available daily at the door one hour before the show opens. To stay informed on the latest show news check in at www.motorsportstradeshow.com or call 609-888-3618.

A few display spaces and room for race car display remain as the show is on its way to becoming another sold out success.

MEDIA NOTE: Requests for media show credentials should be directed to Earl Krause at earl@aarn.com. Thanks for your support.